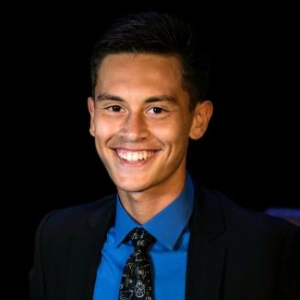 The first National Championship in Canada was a qualifier for Worlds.

After being postponed due to the COVID-19 pandemic, the Canadian Ninja League hosted their first ever National Championship. Ryan Chow, head of the CNL and organizer of the Finals, sat down for an interview.

“It was honestly unreal,” Chow said. “There was a lot of work put into it, a lot of sleepless nights. But it was all worth it!”

The Finals, which took place from October 7-9, consisted of three courses. Every athlete ran a Speed and Strength Course. The ten athletes with the best average results on both courses qualified to run the Finals Course for a chance to become champion.

These ten, along with the five other athletes placed 11th-15th, qualified for the WNL 2023 Championships. And while the audience at the World Championships might be bigger, Chow was very pleased with the turnout of this event.

“The whole venue was packed,” Chow stated. “We were in a relatively big space, but to sell out and see everyone filling the stands and cheering…it was amazing.”

The Finals course allowed all athletes to attempt ten obstacles within a time limit. Points were awarded based on how many obstacles an athlete completed. Even if an athlete failed obstacle four, they could still try the obstacles after it to earn points.

There was also a Speed and Strength Course, allowing the ten athletes per division with the highest average across both courses to advance to the Finals.

Chow broke down how scoring worked for the Finals. “We used percentages to score. The Strength course has more time but fewer, tougher obstacles. Meanwhile the Speed course has more obstacles and less time. We were able to favor time on one course and points on another while all having it weighed out.”

The youngest Champions were Claire Norris (seven points) for girls aged six to eight and Salem Steele (nine points) for the boys of the same age division. On the opposite end of the spectrum, Sharon Brown John (seven points) was the champion for Female Masters and Tchad Toussaint (six points) won for Male Masters.

Every age division’s course was different and featured little to no obstacles being used for multiple divisions.

“One of the things that we really wanted to push was the unique courses because we really wanted to tailor it to competitors. Their courses should be tailored [six-eight, nine-ten] their courses should be tailored to each category instead of it being the same course, but dialed up or down,” Chow explained. “Things didn’t go perfectly, but no event will. I was really happy with how it turned out.”

In total, 186 Canadian athletes across all age divisions have qualified for the World Ninja League 2023 Championships in June. Canada will have their chance to show the Ninja World what they have to offer then.

You can find the full results for the Canadian Ninja League Finals here.